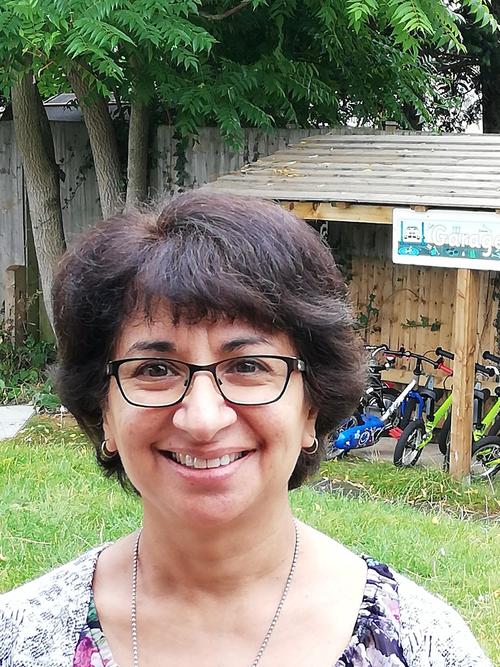 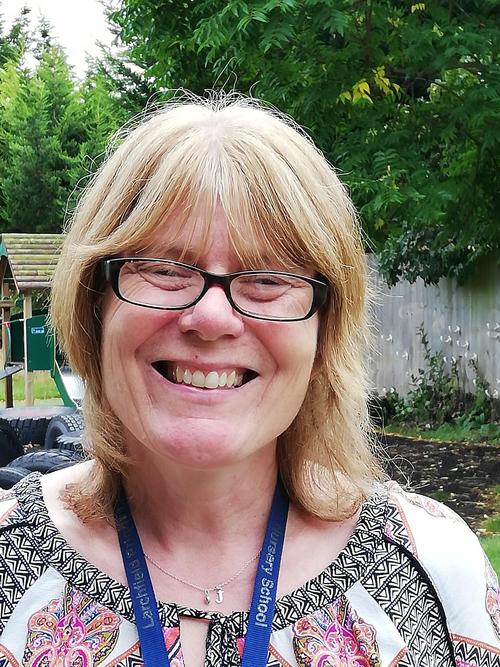 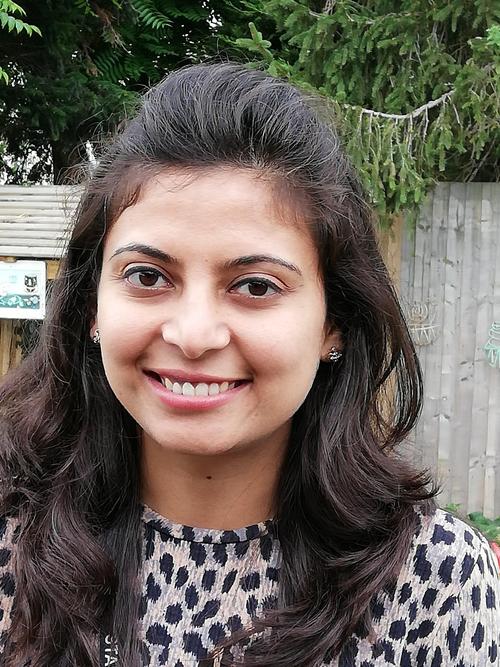 Should you have any questions, please send an email to the following address and I will respond to you as soon as possible.

This week the children have enjoyed learning more about skeletons and singing the 'Skeleton Song'.

They also enjoyed a savenger hunt on things they liked.

This week we have started our phonics and learned the sounds s, a and t.  The children have worked hard practising writing the letter sounds e.g. for s, 'lead in slide down and around the snake, lead out'. (The rhymes for writing the letters will be sent to you later).  They enjoyed writing in different media (such as porridge and pasta).

This week the children have learned sounds 'p' and 'i' and we've started blending to read simple CVC words (e.g. pin, sat etc).

In Maths, we've been learning about 'comparing amounts' using 5-frame to compare amounts to 5 (using the language of more, less, fewer).

In topic, we've been learning about 'hearing' as part of our learning on 'Our senses'.

This week we have learned the sounds 'n' and 'm' in phonics.

Our topic has focused on 'Harvest' and the children have learned its importance as well as where vegetables might grow  e.g.hot countries for oranges.  The children also learned about root vegetables.  We have enjoyed playing guess the vegetable where the children were given verbal clues in order to guess which fruit/vegetable I was thinking of.

In Maths we have been comparing quantities.  The children were introduced to estimating (having a good guess) as to how many spoonfuls of porridge were needed to fill a small container.  We then counted how many were actually needed.  Within this, we also looked at comparing quantities with our containers used and who had the nearest estimate.

This week we have continued our learning on our 'eyes' as part of our topic on senses.  The children have been learning about people who cannot see and how guide dogs help.

The children used mirrors to see the colour of their eyes and make a face (with that eye colour).  This was then used to sort the eye colour and make a pictogram and count the most popular eye colour.

Reception class enjoyed meeting with their Year 5 buddies.  The children are looking forward to their next visit.

This week the children have been learning about Halloween and how it is celebrated.

In Maths, the children have been learning to 'subitise' (recognise how many there are without counting, such as numbers on a dice) as well as opportunites for making repeating patterns.

They enjoyed the Halloween party on Tuesday and enjoyed decorating and making their 'ghost' biscuits today.

Have a happy and safe half term.

This week we started our topic of Diwali.  The children watched a short clip of the story where we discussed the characters and the meaning of Diwali.  They sequenced the story as well as re-enacted it using masks.  Earlier in the week, they made clay diwas (we are waiting for them to dry and will then paint them).

They have learned how the festival is celebrated and we have discussed similarities with Christmas (decorations, families coming together, gifts, cards etc).

In Maths, we have continued 'subitising' with opportunities to say how many eg. spots there are on a dice/ladybird without counting.

If you go to 'Children', then 'School videos' on our website, I have made a short clip on how to blend words to support your child (link below).

This week we have continued our learning on 'Diwali'.  We discussed clothes worn during celebrations and the children looked at a sari.  They came up with some great vocabulary such as 'fabric' and recognised the repeating patterns on it and watched how it is worn.  They enjoyed making coconut barfi (Indian sweet) where we discussed where coconuts grow, the outer shell and how it looks like inside the shell as well as discussing states (solids, liquids).

The children have written gift labels and also written a list of things people do to celebrate Diwali.

In maths, we have started learning about circles and triangles and have used vocabulary such as sides, corners, curved and straight etc.

The children have started learning songs for the nativity (details will be sent to you at a later date).

This week we have started learning about 'Journeys'.  The children were shown a globe and we talked about sea and land and how we might travel to different countries; why we need passports and different means of travel.

In Maths, the children went on a shape hunt.  We have been learning about number 4 (and different ways of making four such as 2 and 2 more, 3 and 1 etc).

We have also been busy preparing for the Nativity (details of clothes to be worn have been sent home).

This week we have continued our learning on 'Journeys'.  The children listened to a story about a swallow who makes a journey from Africa to England and other animals that he meets along the way.   They were then introduced to the word 'migrate'.

The children have worked hard writing luggage labels and clapping syllables to help them hear and write the different sounds.

In Maths, the children have looked at artist Kandinsky and shapes used in his work.  They have made their own 'shape picture' and described the shapes they used as well as properties of the shape (e.g. triangle has 3 sides and 3 corners).  They have also looked at number 5.

In Phonics, we have learned sounds 'b' and 'f'.  The children have been introduced to tricky words 'my', 'the' and 'they'.

This week we have continued our learning on 'Journeys'.  We discussed which items were needed for a warm holiday as well as a cold one.  The children had writing opportunities for both of these(list writing).

we also discussed animals used for different journeys (bride and groom might arrive in a horse and carriage).  In India the groom arrives on a horse and sometimes an elephant!

The children heard the story of 'The Magic Bed' and we shared where we might like to go if we had a magic bed.

The children were introduced to 'captions' as a few words to describe something (we see captions in museums etc.).  They did brilliantly at using their phonic knowledge to write captions to describe various pictures (e.g. cat in a hat).

In Phonics, the children have learned 'l' and double letter sound 'ff'.

In Maths, we have been recognising different groups and saying how many there are (up to 5).

As per our previous communication, please send in clothes for Nativity by 7th December.

This week the children have been busy rehearsing for the Nativity.  We are looking forward to the performance next Tuesday.

In Maths, the children have been learning about shapes and their properties as well as finding one less with numbers to 5 using a 5-frame.

In Phonics, the children have learned the sound 'ss'.

In Topic, we have discussed how Christmas is celebrated and similarities with Diwali.

We are so proud of the children for doing so well with their Christmas performance! Well done Reception class!

In Phonics, the children have learned 'j'.

In Maths, we have been learning about 4 sided shapes (rectangle and square), properties of these shapes (e.g. they have sides and corners) and the difference between these (e.g. rectangle has two long sides and two short sides).

In topic, they have learned about the journey of the Christmas tree for Trafalgar Square.

Best wishes for a safe and Happy Christmas.

In Maths, the children have been introduced to daytime and night time and how we know it’s either daytime or night time.  We’ve also been singing songs involving 1 less (5 currant buns etc).  They listened to the story of 'None the number' and different names for zero (e.g. none).

The children have also shared their holiday news and wrote about it.  In phonics, they’ve learned ‘v’ and 'w'.

This week we have continued our learning on Superheroes where we have looked more at clothes a superhero might wear and the type of material that they might be made from.  We talked about different scenarios such as rescuing people from a sinking ship/burning building.  The children came up with some great ideas for material suitability and we discussed words such as 'fireproof' and 'waterproof'.

During their independent learning time, the children experimented with different types of material and explained which was best.

In PSHE we discussed 'challenges'.  The children gave things they struggle with such as getting up on a school day and colouring within a picture.  We talked about how they might make us feel and what we could do to help ourselves.  Again, the children came up with some great ideas such as 'have a go' and 'talk about how we're feeling and try and understand'.

During the week they attended a workshop on how to help give themselves good mental health.  They learned about a balanced diet, rest, exercise and not spending too long on electronic devices.

In Maths, the children listened to the story of 'The Ugly Five' and learned about 'composition of numbers to 5' and 'comparing numbers to 5'.

In Phonics, they have learned sounds 'x' and 'y'.

This week we have continued our learning on 'Superheroes'.  In small groups, the children designed, named and wrote about the powers of their very own superhero.  They also learned about real superheroes from the past and present (Dr. Bonardo and Marcus Rashford).

In PSHE, we discussed 'Never giving up' as part of our theme on 'Dreams and Goals' and they enjoyed listening to the song 'The power of yet' (practise makes perfect).

In Maths, they have been learning about weighing items and how they know if something is heavy/light/the same.  We also looked at capacity using vocabulary such as full, empty, nearly empty, nearly full and half full.  The children enjoyed following a recipe on making playdough.

In phonics, they have learned sounds z, zz and qu.

Unfortunately not the ones with chocolate chips.

Some cookies are necessary in order to make this website function correctly. These are set by default and whilst you can block or delete them by changing your browser settings, some functionality such as being able to log in to the website will not work if you do this. The necessary cookies set on this website are as follows:

Cookies that are not necessary to make the website work, but which enable additional functionality, can also be set. By default these cookies are disabled, but you can choose to enable them below: